CCBI New Zealand is blessed to have a group of dedicated pastors and their wives who love the work they get to do here in New Zealand. The staff are available for students to get to know on a very personal level as the students and staff live in close proximity to each other and share most meals together. 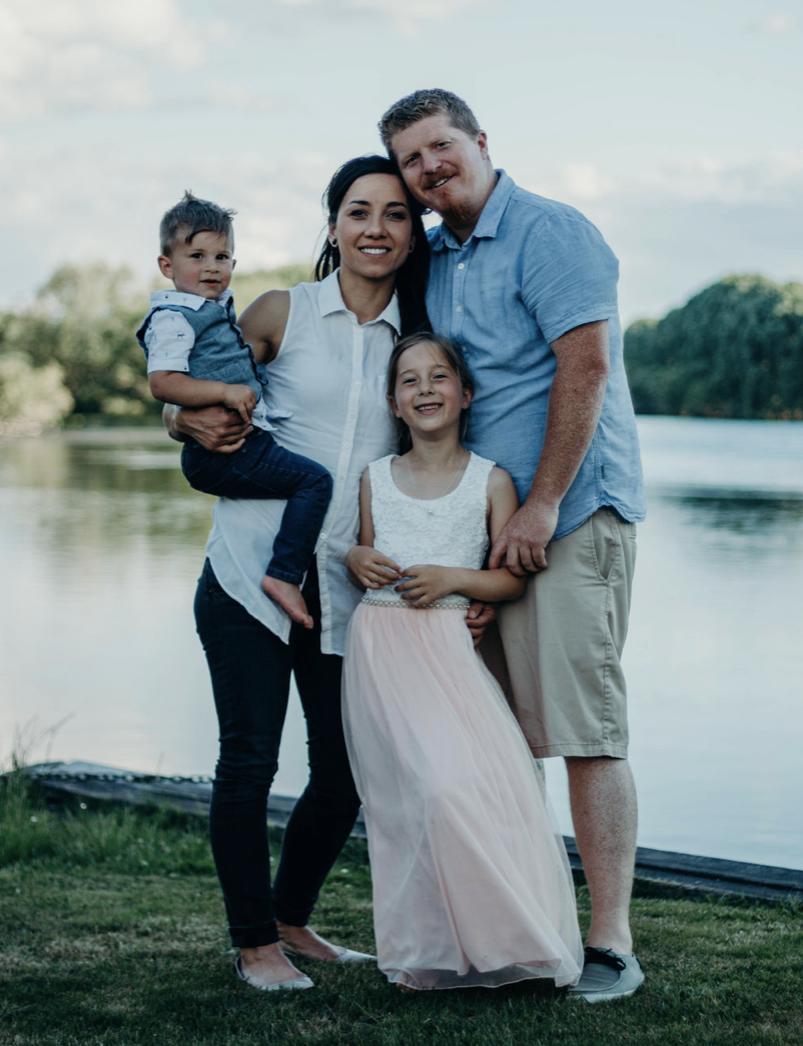 Jake and Tecla have been married for 15 years and have a beautiful daughter named Jade, who is 8 and handsome son named Jeremiah, who is 2. They served at Wildwood Calvary Chapel for about 4 years before the Lord called them to New Zealand.  They served in children’s ministry, high school ministry as well as the the young adults ministry.

Jake grew up in Yucaipa, California while Tecla grew up in Bucharest, Romania.They met while attending Calvary Chapel Bible College in Vajta, Hungary.They moved to New Zealand in 2010 to serve at CCBI, and have enjoyed every moment of it. Jake is the Director and one of the Pastors at CCBI. Jake and Tecla oversee many of the practical aspects of the ministry; Tecla specifically oversees the Women's Ministry, Kitchen and M199c class. They are excited to see what the Lord is going to do in and through them as they serve along side the rest of the CCBI staff.

Click here to find out more about The Wilmoth’s 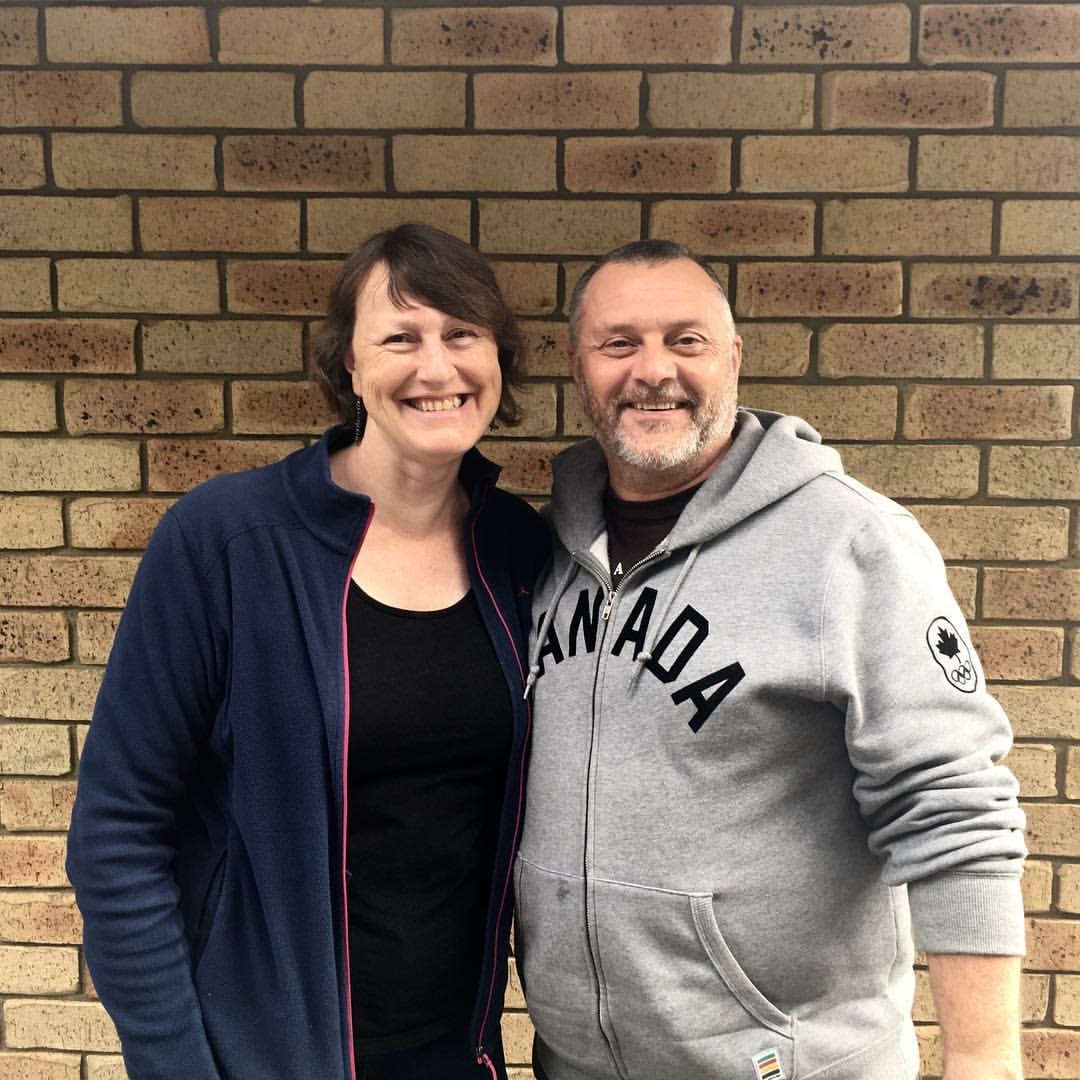 Mark accepted Christ at age 15 at a Brethren Evangelistic outdoor camp at Bassenfell in the Lake District of England. Since then he has been involved in ministry, he originally comes from the Leeds /Bradford area of England where he served for many years in the Worship & Teaching ministry of Church on the Way, a Calvary Chapel affiliate. In 1998, he left his job as a Legal Liability specialist with a major UK insurer and moved with his family into full time ministry. He and his family moved to Millstatt, Austria in 1998, to be a part of the Calvary Chapel Bible College, Europe. He served as a pastor on staff responsible for worship, teaching in the bible college and was responsible for the administration of the facility.He joined CCBCE when it was located in Austria, and was part of the team responsible for the moving the Bible college from Austria to Hungary in 2002.Since 2002, Mark has been serving as a Pastor on staff with responsibilities for worship, teaching in the Bible school and various administrative, including overseeing the internship programme and the Grounds and maintenance department.  For about 8 years, Mark made frequent trips to the Pacific Rim, with a view to encouraging the saints and seeing a similar school established in the Pacific Rim region.His desire is to train people in discipleship, his life verse being 2 Timothy 2v2.Mark’s wife is Gwyneth and they have two children: Jordan and Rebekah who are both serving in full time Ministry. in 2009, the Lord opened the door for the Walshes to move to New Zealand where they started Calvary Chapel Bible Institute New Zealand. Mark is the Lead Pastor on Staff and Gwyn supports in the Women's Ministry and many other practical areas of discipleship. You can read more about the Walsh family by clicking here …

“And the things that thou hast heard of me among many witnesses, the same commit thou to faithful men, who shall be able to teach others also.” 2 Timothy 2:2 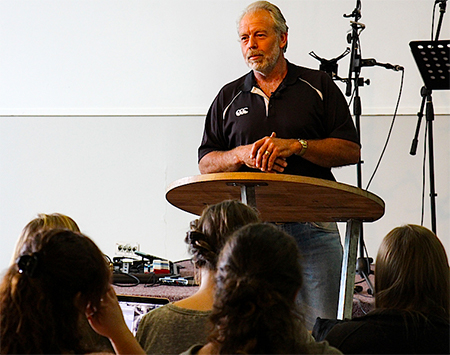 Pastor Steve came to know Christ as Lord and Saviour when he was a young child. He’s a kiwi born and bred, but he first encountered Calvary Chapel on a visit to the United States in 1986. This was the first of several visits, and eventually, Steve attended the School of Ministry at Costa Mesa, California, from 1989 to 1991. He returned to New Zealand in 1995, and in 2003, Steve started a home bible study, which today is known as Calvary Chapel Hamilton.

Steve is a full-time farmer in the Waikato in addition to being the pastor of Calvary Chapel Hamilton.

Steve is married to his wonderful wife, Julie, and has three children.

Ken accepted the Lord in his early twenties, after realising that the acceptance and fulfilment he had strived to achieve all his life was found only in finding his identity as a saved child of God. Shortly after this, he felt the call to serve God abroad and used his vocation as an elementary teacher in Florida to springboard him to CCBCE in Hungary, where he taught the missionaries’ children. His eight years in Hungary saw him move from school teacher to Bible college teacher, also serving in administration and facilitating conferences. Jemma grew up in Australia in a loving Christian home with regular church and youth group attendance. As she finished high school in 2006, God was stirring in her heart that He wanted a deeper relationship and for Him to have the reigns of her life. A mentor who was familiar with Calvary Chapel suggested a three-month internship at a Calvary in California. During that time Jemma realised and never again doubted that the Lord wanted her to be involved in missions. Jemma left for CCBCE in Hungary on a one-way ticket for a missions training program in January 2010. Little did she know she would end up meeting and marrying Ken and be called back to Australia to church plant 4 years later. In 2011, they began to pray about moving to Australia to plant a Calvary Chapel. They lived in Australia from 2014 until 2019, when the Lord made it clear that they were to join the team at CCBI to raise up the next generation to love Jesus and follow His calling for their life.

Click here to find out more about The Dinnens 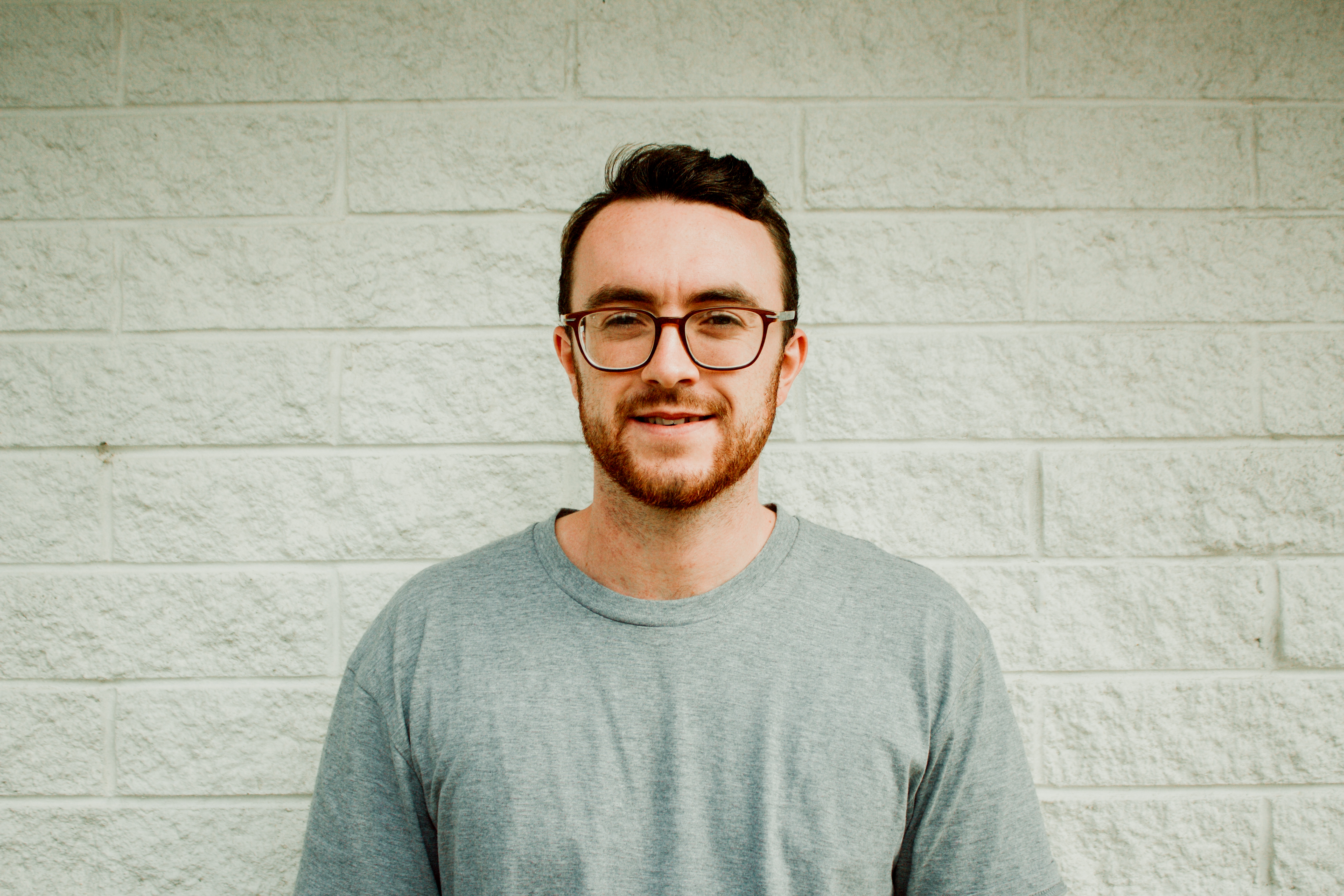 Jordan is one of the pastors and teachers at CCBI Jordan is 25 years old and has spent his life on the mission field as his parents served as full-time staff at CCBCE in Austria and Hungary. In 2009, the Walsh family moved to New Zealand to start Calvary Chapel Bible Institute. Jordan finished high school and attended the University of Auckland for four years before graduating with a Masters in Biomedical Science. While studying, Jordan’s heart was stirred for discipleship ministry, especially in the context of the youth in New Zealand. He has served on staff at Calvary Chapel Bible Institute New Zealand for the past three years. He oversees the M199 class and the kitchen, teaches classes and disciples the guy students; his heart is to minister and serve the students, seeing their lives transformed to follow after Jesus. Jordan is also involved in different youth ministries in the surrounding churches. He is currently praying, planning and preparing for the launch of a youth discipleship program for New Zealand, Australia and the Pacific Rim in January 2020.